I have to admit it, I’ve never been to New Orleans. While I can’t perfectly envision Bourbon Street or those famous hurricane cocktails, I can imagine the pure joy I’d feel taking my first bite of a beignet, and feel the sticky sugar on my hands. Trust me — I’ll make my way there, but until then, I’ve got Mr White.

The southern-inspired restaurant speaks to more than just NOLA, though one of the first things my guest and I noticed upon walking into the Charleston-style establishment was the platter of char-grilled oysters sweeping past us. Upon taking in the rich, buttery smell of the oysters, we were immediately sold on the place — and we hadn’t seen the menus yet.

Charming with white and black trim, the interior of Mr White will make you feel like you’re in a parlor. We were seated in one of the more parlor-like areas, with chandeliers, candles, dramatic drapes and china sets stored away in glass cabinets. The restaurant screams sophisticated but relaxed as the lively bar crowd freshened up the space.

The cocktail menu features an array of specialties featuring the Korean rice liquor soju, a bunch of southern drafts and, of course, French wines. My guest and I both opted for the Maison Roche de Bellene Pinot Noir ($15), which was rich and dark.

As we scanned the food menu, we couldn’t figure out a strategy — do we go for the brisket or the shrimp? The fried chicken or the po’ boy? Our host steered us in the right direction by suggesting the must-have char-grilled oysters ($18 for half dozen) and the slow-smoked Texas brisket po’ boy ($16) to start. The char-grilled oysters  melted in our mouths and were buttery and decadent against the peppery sauce and fresh, crispy baguette. The po’ boy, which was made with caramelized peppers and onions, fork-tender brisket and more fresh baguette, was nicely accompanied by a pimento cheese and dill potato salad, which was refreshing and earthy.

Next, our host pointed us toward the shrimp and grits ($27) and the pulled pork ($23), because it just felt right. When the dishes arrived, we couldn’t believe how well-crafted they looked. The tender shrimp, which were grilled with heads on, were piled onto a cloud of saffron grits, tomatoes and chilies. We liked to call this the NOLA masterpiece. The pulled pork was juicy and tossed in a Carolina-style sauce with a stack of collard greens and a huge slice of cornbread as hearty complements.

Like most experiences, I could have stopped there happily. But then we saw the dessert menu and were told the sweet potato cheesecake ($10) was borderline heaven. It arrived standing amidst molasses whipped cream, which was both fluffy and tense and tasted richer than your average whip. A bite of the cheesecake, which was luscious with a tart cranberry puree and lime zest, could only be complete with a bit of the whipped cream and pecans to create a multi-layer flavor experience I can only describe as stupidly good.

While I don’t spend much time in the south, I somehow now feel that I understand it. If food could personify a person, Mr White’s fare would personify a lovely southern gentleman with a pitcher of sweet tea in one hand, a plate of candied nuts in the other and a big smile that says “You’re in for a treat.” 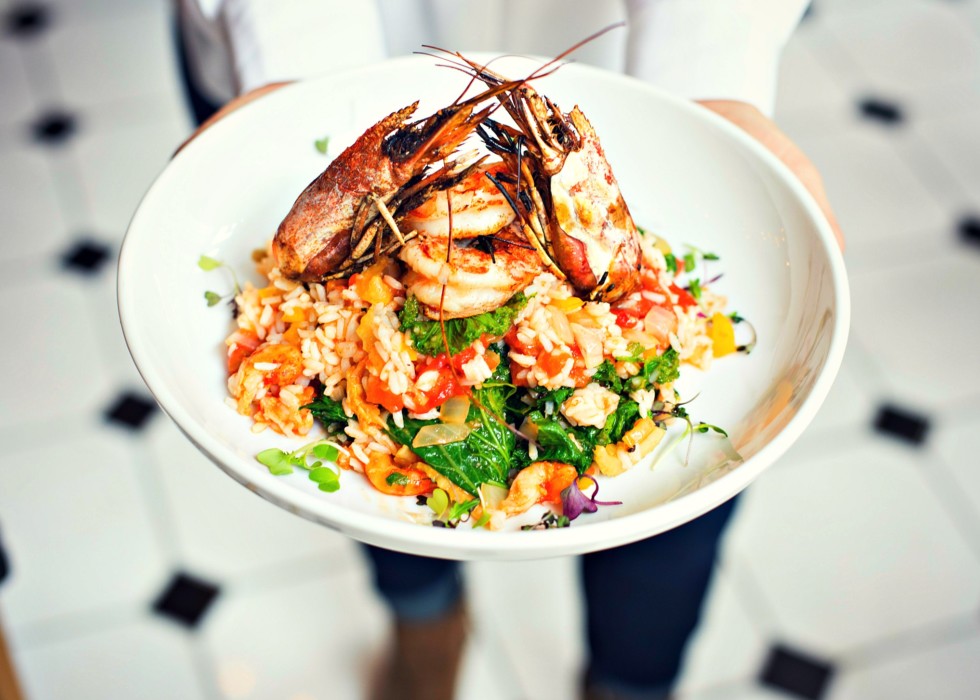 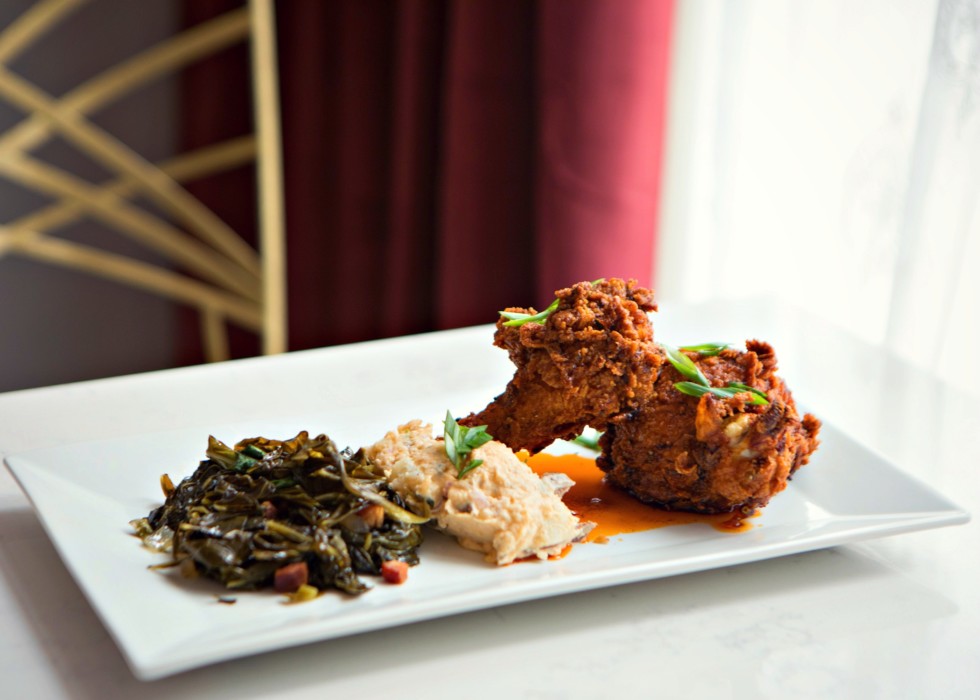