Disused warehouses, abandoned cinemas and decrepit banks are but three examples of venues that used to house thriving nightclubs. Nowadays, these highly sought after buildings tend to re-emerge as high-class apartment blocks or retail outlets. It was therefore quite a surprise to learn that the 17th century, 29-bedroom country house that is Middlethorpe Hall & Spa in picturesque York, did indeed used to be a nightclub (as well as a girl’s boarding school).

Just a ten-minute taxi ride from the city centre, smack-bang next to York Racecourse and with easy access to the A64, this National Trust treasure, constructed by a master cutler from Sheffield, is set in striking 20 acre grounds home to a whole host of impressive cedars and North American red oaks. And for the keen-eyed (and early risers) among you, it is between these giants and from the warmth of your cosy room, that you may be lucky enough to witness the majestic roe deer.

Influenced by the architecture of Wren, the mellow red brick and limestone dressings of the main building are impressive to say the least, and as we darkened the front door into the stone-flagged entrance hall, we couldn’t help but feel we were entering a warm (albeit rather large) family house, ripe for Narnian-esque adventures rather than a pretentious stately home and we half expected Colonel Mustard to turn around and nod welcomingly as we glanced into the spacious drawing rooms, walls adorned with William and Mary prints and huge Georgian oil paintings.

Having stayed in a number of similar hotels, the rooms can more often than not feel a tad impersonal and somewhat cold, so it was with trepidation that we were led to our suite by our incredibly friendly and amiable porter.

Although the bedrooms in the main house may well have been how I’d previously experienced, fortunately for us, the Sir Henry Thompson Suite was everything we had hoped for and more. Located in the courtyard, not the main hotel, it was a very brightly painted suite with a king bedroom, dressing area, living room with a sofa, large armchair, TV, impressive antique desk and small kitchen area ideal for making tea and coffee. To complete the regal tone, the large bathroom included a double his and her (king and queen) sink and a separate shower. Attention to detail was clearly apparent with small trays of sweets provided and the sleek stable conversion really did feel like a home away from home. The only down side being the room-without-a-view, but hey, we can’t have everything.

Oft-included as part of ‘best spas in the UK’ listings, Middlethorpe’s spa facility comes in the form of a small-yet-comfortable offering, again set away from the main house in a small cottage/summerhouse. It has everything you would expect in a spa and one of us even managed to join a (more-difficult-than-it-looked) exercise class in the indoor pool, whilst the other looked on, flat out on a sun-lounger. Additionally, treatment rooms (offering the prerequisite manis, pedis and facials), jacuzzi, sauna, steam room and mini-gym combine to provide a relaxing few hours.

…our kind of indulgence

Then came the ‘real’ reason we made the trek to York. The food. It’s fair to say that the restaurant itself stands on its own well enough to be considered a destination venue. And the couple who were dining next to us fully endorsed this sentiment as they were actually restaurateurs themselves and waxed lyrical about their time spent at the hotel. Dinner is served in the impressive wood-panelled dining room, and Head Chef Ashley Binder who has worked his way up the ranks since 2008 served us up a rather awesome tasting menu (£69pp), of course complemented by a glass of wine per course (for £30 extra per head).

We eased into the experience by way of a smooth Pea Velouté with ham croquette and earthy truffle, followed by a delicious Smoked Yorkshire (where else) Duck with pickled cherries, daikon and pistachio. The subtle Crab and Lobster with lime, coconut and coriander came next before a mini-break/palate cleanser of Seasonal Sorbet. The flavourful Roasted Loin of Scottish Venison with parsnip, blackberry and haggis was then the star of the show before a double header of English strawberries with cheesecake, tonka-bean ice cream and shortbread and Chocolate Beer & Malt (Old Peculiar ice-cream, malted mousse and beercake) finished off proceedings.

…returning to the scene of the crime

Breakfast can also be a huge affair if you so desire. In our case, having (only just) managed to sleep off dinner, we decided against the rather large Yorkshire Breakfast which included Cumberland sausage, bacon, black pudding, kidneys, fried bread, mushrooms, hash browns, grilled tomatoes and eggs of your choice. And instead plumped for the Smoked salmon and scrambled eggs on a toasted brioche and the continental breakfast. Mini croissants and pain au chocolates together with fresh fruit, yoghurt and a choice of juices should be enough to satisfy all palates.

So, whether it’s a weekend at the races or shopping at the Christmas markets, Middlethorpe Hall is in a prime position to enable you to make the most of what York has to offer. In fact, if you just plain love your food and drink and want to head up the M1 for a festive foodie jaunt, be sure to make a beeline to Middlethorpe Hall & Spa. 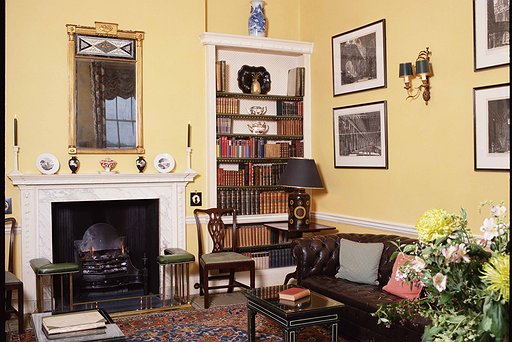 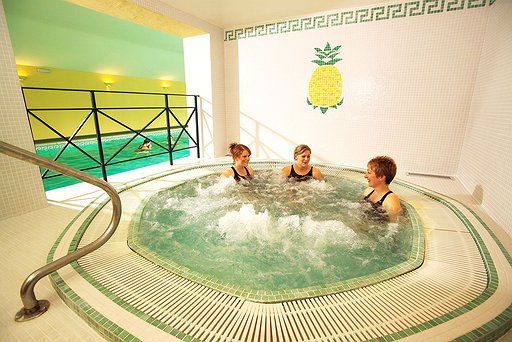