When you’re visiting a place that is playfully (but not dishonestly) dubbed The City of Rain, the most important things on your agenda should be 1. waterproof clothing (seriously, please pack more than just your Boots umbrella) and 2. somewhere warm, inviting, and friendly to rest your weary and waterlogged head.

As most seasoned travelers would know, quality accommodation options that won’t blow the budget are few and far between when discovering the Scandinavian countries. Unless you’re prepared to share a room with 15 strangers (which we have been reduced to on an occasion or two), which totally blows the ‘quality’ descriptor out of orbit, options are as slim as a malnourished French model. The geniuses behind Magic Hotel have identified that gap in the market, and worked tirelessly to fill it.

Just to set the scene, Bergen is the Norwegian city of your dreams. While Oslo may be the capital, Bergen is the type of city you conjure in your mind when thinking about Norway (think the Northern Lights, fjords, snow, more snow, and THEN the charming streets of Bergen). Most people crowd in to see the old quayside, the whole of which is on the Unesco list of World Heritage Sites, but the city itself offers so much in terms of culture, food, nature and beauty. Beyond the ‘City of Rain’ moniker, it is also widely known as the ‘Gateway to the Fjords’ and there are many options for day trips from Bergen to enjoy the natural beauty of Norway.

…a design for life

Located just 10 minutes out of Bergen on the frequent tram, Magic Hotel is Bergen’s newest (and swankiest) budget hotel. Immaculately designed by Karim Rashid, each room is functional, simple, and stylish, offering private hotel rooms at hostel dorm prices. And it’s the small details that really show how much thought has gone into delivering a stellar hotel experience. For example, you thought you’d escaped the chill of the air outside? Prepare to Netflix and chill (ahem) in your own private room after a day of exploring, with each room fitted with an AppleTV for easy streaming.

…food with a view

This is still a budget hotel, however, and rooms are not serviced everyday – which is fine with us, it means we don’t have to do the obligatory hotel room tidy up each morning before leaving so housekeeping don’t judge us, our dirty underwear and the empty packets of Smash we’ve been indulging in. (For the uninitiated, Smash is basically a Norwegian delicacy, and one of the best things we’ve ever eaten. Think salty corn twist, covered in chocolate. There is literally no way to dislike it.)

Located on the rooftop of the building is an Italian restaurant, Bergtatt. There is a rooftop terrace for those rainless-days, and a large portion of the restaurant located safely behind glass for those altogether more common rainy ones. Being one of the very few rooftop bars and restaurants in Bergen, this newly opened restaurant will be a hit for guests of the hotel, other travellers, and locals alike.

Our stay at Magic Hotel left us longing for one thing – more cities to have similar accommodation options on offer. Oh and, by the way, they’re really not kidding about that rain.. rumour has it that if you approach a Bergenese child to ask if it ever stops raining, you may be met with the reply: ‘I don’t know, I’m only twelve.’ 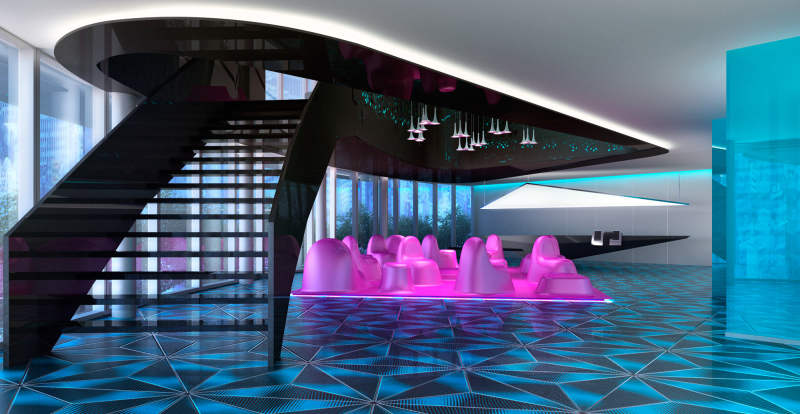