Oh to ply your trade in the esteemed profession of writing! The glamour, the excitement, and of course, there is many a perk to be enjoyed. However, it certainly doesn’t come without its disadvantages. The quality of your work is always subjective and don’t get us started on the remuneration side of things.

Once in a while, however, there comes along an author, whose life work not only makes a mockery of these negative connotations, but whose literary prowess stands the test of time and is admired and revered in equal measure by generation after generation.

One such author is a British lady, whose first novel was actually written as a dare believe it or not, and who is arguably the only crime writer to have created not one, but two equally famous and much-loved protagonists in Hercule Poirot and Miss Marple respectively.

Upon arrival at the impressive Grade I listed Hartwell House, just one hour from central London and two miles west of leafy Aylesbury in Buckinghamshire, as we entered the Great Hall and gazed around, we instantly felt as though we had been transported into a murder mystery mansion, plucked straight out of a Christie novel itself.

Fitting then, that perhaps the most famous Poirot of all, David Suchet, was a recent visitor to the National Trust property, ran by the esteemed Historic House Hotels group.

He is not alone, however, when it comes to famous guests and residents, and since opening as a hotel in 1989, following its previous incarnation as a girls’ finishing school, Hartwell House welcomed Bill Clinton among other diplomats at the 2013 G7 summit.

Much further back, and arguably its most famous resident, was the exiled King of France Louis XVIII who enjoyed five comfortable years with his Court at the house that now boasts both Jacobean and Georgian facades, a number of rooms with rococo ceilings, antique furniture and paintings and is set in 90 acres of sculptured parkland, that is home to an old church, a lake crossed by a stone bridge and countless monuments and statues.

And speaking of which, it was the equestrian statue of Frederick Prince of Wales restored and re-erected on a rusticated plinth, standing proudly at the entrance that welcomed us to the Pemberley-esque estate, and we emitted an ‘Elizabeth Bennett’ gasp as we clapped eyes on the Great Hall as we checked in on a blustery Sunday January afternoon.

Making our way upstairs to the room was an experience in itself as the staircase is lined with an array of ornate carved wooden figures, although it felt a little ‘Night at the Museum’ when we returned to the room after dinner (and a wine or two, admittedly).

The room itself was as palatial and elegant as we expected and the writing desk, plush sofa, huge king size bed and en-suite bathroom combined to the point that we really didn’t want to head downstairs for the night’s festivities in the lovely, airy Soane dining room.

…a feast fit for Louis XVIII

Daniel Richardson is the main draw to the two AA Rosette restaurant at Hartwell House, and there’s no mystery as to why the traditional English dishes he serves up all day long from breakfast to dinner taste so darn good. He utilises the kitchen gardens to full effect and cultivates herbs and spices on site that are used across all menus at the hotel.

It was a Sunday evening and we were last down to dinner. There were still two other couples in the dining room but that didn’t take away from the ambiance. An atmosphere that was enhanced by the effervescent Greek waiter, on hand to both answer all our questions and just generally chat.

We ate from the main menu and kicked off proceedings with two appetizers of a hearty and flavoursome Butternut Squash Soup with sage gnocchi and toasted pumpkin seeds and a light Cornish Crab with grapefruit, loveage, kohlrabi and caviar.

The Line Caught Sea Bass with truffled gnocchi, girolle mushrooms, charred leeks and lemon puree was decent enough without being spectacular but the Char-grilled Steak with tomato, mushrooms, homemade chips, seasonal vegetables and a béarnaise sauce very much hit the spot.

To finish the meal, I was glad to have ordered the Valrhona Orelys White Chocolate and Fig Mousse with poached fig and almonds but the real star of the show and what went down as ‘one of the best desserts I have ever eaten’ was an off-the-menu Rhubarb Mousse dish presented in a crescent moon and stars style, that was ‘worth making the trip for’. High praise indeed from my dining partner.

The night then took a turn from Agatha Christie to Scooby Doo as the charismatic ‘butler’ led us to the roaring log fire in the confines of the Drawing Room and preceded to tell us tales of past ghost sightings and things that went bump in the night, to add to a really authentic (and very cool), ‘old mansion’ experience.

…more than meets the eye

The following day saw another wintry start which did not lend itself to a long relaxing walk around the 90 acres of gardens landscaped by a contemporary of Capability Brown, although a quick amble to the stone bridge across the lake was very pleasant. The spring and summertime would be idyllic and for those wanting to work off the previous night’s excesses and a stroll through the estate leads to two hard tennis courts, lined with apple, pear and plum trees, should you be inclined.

Or for those who would rather recline, then just 100 metres from the main house is the spa, complete with a 15 metre Grecian-style swimming pool, steam room, spa and whirlpool bath and small gym. We took a late, light breakfast of coffee and teacakes in the small yet comfortable Spa Café with a great view down to the pool.

And for you spa enthusiasts, Aromatherapy Associates is the house spa brand and an extensive list of spa treatments is offered, from the Hartwell Spa Indulgence Day package priced at £115 (Mon-Thu) or £125 (Fri-Sun). This includes full use of the spa facilities, a two-course lunch in the Spa Café and Bar with tea or coffee and one 85-minute treatment of choice from the spa tariff.

It actually came as no surprise when not long before checking out, whilst wandering around the gardens, one of the ‘doormen’ approached us, just to check we should actually be there. Because make no bones about it, although it may not be everyone’s cup of tea, it really was a privilege to be able to stay at an old, storied English manor such as this.

Yes, Poirot, Marple or even Christie herself would no doubt be in agreement, these days, it’s murder to find a little part of old England that’s so accessible.

What you need to know 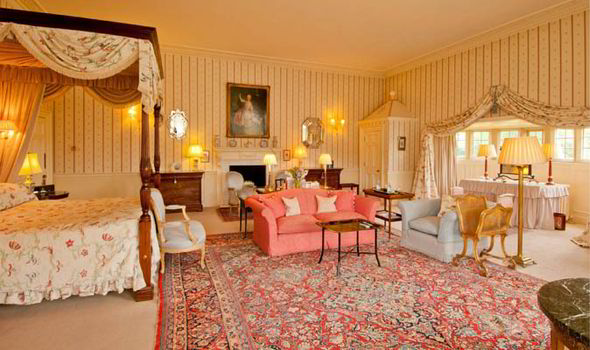 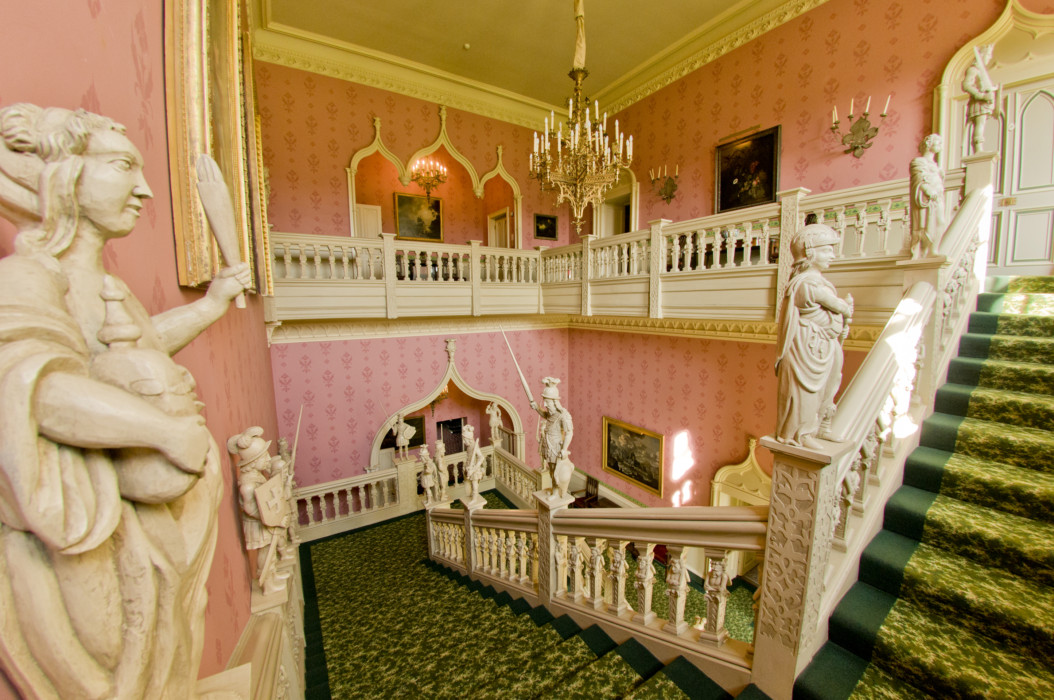