Situated not much more than a hop, skip and a caber toss from the Lake District National Park to the east and bonnie Scotland to the north, lies the market town and civil parish of Penrith. This pretty Cumbrian outpost is located in the Eden Valley and is historically part of Cumberland.

A great number of people use the small town as a stop-off point when heading to the Lakes or north of the border and when in need of a place to rest your weary, driving heads, The North Lakes Hotel makes for an ideal destination en route.

Now, don’t get us wrong, Penrith in its own right has lots to see and do, for instance the stunning castle which has been the perfect backdrop to many a romantic wedding or two. As was actually the case earlier in the same day for the wedding party that greeted us upon our arrival to the hotel on a sunny July Saturday evening. In fact, we could have been in Gretna Green itself when we checked in, as a bagpiper was belting out some classic highland tunes and a number of guests were sporting kilts and sporrans. Hopefully they’re not going to get to close to the open grill in the hotel’s FYR restaurant was the first thing that sprung to mind. Potentially very painful.

The FYR grill which is Scandinavian and is pronounced more like ‘fear’ than ‘fire’, adds that little bit of theatre to proceedings when dining in the hotel restaurant.

LOCALITY IS THE WORD…

The design of the restaurant is contemporary and immediately welcoming upon entering the eatery. It is noticeably in keeping with the local area and clearly highlights both the Cumbrian location and the local produce on offer.

Team FoodNoise were actually invited to visit the restaurant months earlier in time for their first anniversary in May, but on that occasion were not able to attend, however, we since read a number of glowing reviews so were highly expectant as our excellent hostess for the evening Ashleigh, sat us down and immediately went to work in assisting with our highly excitable two-year old.

The adults were equally as excitable when we discovered the chefs had created a brand-new menu, packed full of the freshest dishes, again with a delicious nod or two to the fantastic regional fare sourced by the kitchen team.

IT AIN’T HALF HOT MUM…

As you may have read in 1,001 FoodNoise reviews over the last couple of years, open kitchens are very much increasing in popularity, but the North Lakes Hotel has taken the concept a step further and their open fire grill centrepiece is impressive. And it’s also very hot.

Our son was mesmerised by both the grill itself and the fire pit which we could see through one of the restaurant’s large windows that gave the restaurant an open, airy feel.

But back to the grill. This isn’t just an open kitchen, this is cooking over flames, just feet away from onlooking diners who can feel the heat of the fire as they watch their juicy steaks, succulent burgers and signature FYR kebabs being prepared.

We saw at least two couples taking selfies with the chef, it truly is kitchen theatre for this generation.

FYR isn’t just about the grill, however. As far as we were concerned, there was no competition when it came to ordering our starters. We made our (multiple) choices from the open larder, aka the Taste Table, stationed out front, where we chose from an extensive selection of the freshest seafood, artisan cured meats, fresh terrines and seasonal salads. (Starters £9.25pp or you can choose as a main for £16.95pp). We did not rue our decision.

Then came the mains and neither of us could resist the steak option. (Although our son plumped for the mini-meatballs which he devoured in minutes).

Although I enjoyed the juicy Ribeye very much, I looked across with envy at our neighbour who had opted for one of the FYR kebabs served with house ‘slaw’ and roti bread finished on the grill. Upon further sly glances across, they had gone for the Piri Piri Spiced Chicken kebab with Mr Vikkis’s Sweet Chilli Jam at a reasonable £18.50. Next time perhaps.

The dessert menu choice was a no-brainer for me, the Rich Mocha Mousse with Hazelnut Shortbread (£8) and Lucy was married to the Elderflower Panna Cotta (£7.50) as soon as she saw it on the menu.

By the time we got up to waddle out of the restaurant to put the little one down, after the obligatory venture outside to the firepit of course (the wedding party by this time had waltzed or ceilidh-ed off to the on-site function room) the restaurant was as full and bustling as you would expect it to be on a Saturday night. Although food is on offer all throughout the day, making it a fabulous place for breakfast, brunch, lunch or dinner.

So, all in all, if you’re heading up for a romantic getaway to the Trossachs or for an active family break to the Lakes, be sure to pop in to FYR to boost your energy stores for whatever your planned vacation activities may be. The £1 million the team spent on remodelling the restaurant and installing the grill sure seems like a sound investment to us. 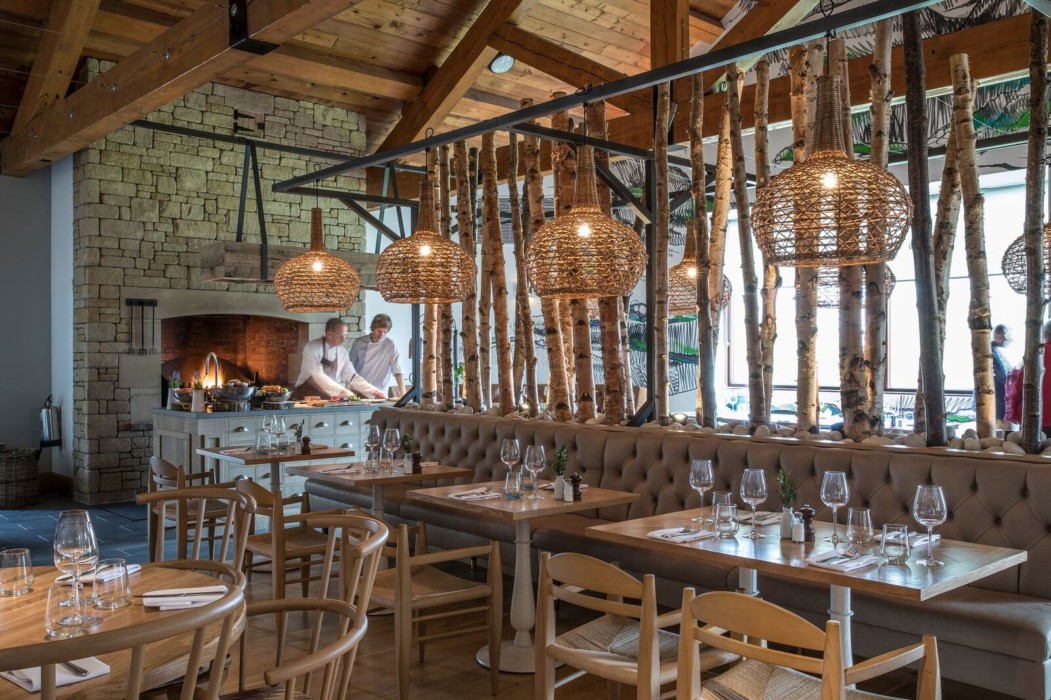 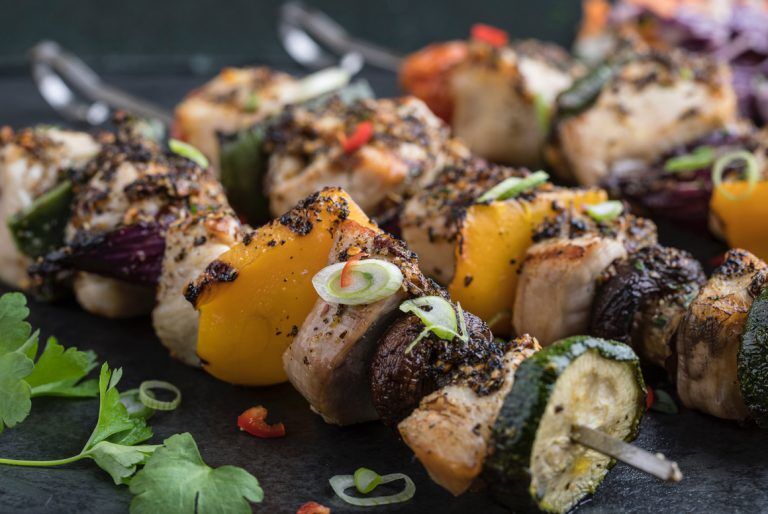