You know how sequels are rarely as good as their originals? (Think, like, the last 100 “The Fast and the Furious” movies.) Well, one Staten Island landmark opened its first Manhattan location in the heart of Greenwich village, and this is one sequel that won’t disappoint. In fact, it’s become somewhat iconic in its own right. Everyone, say hey to Denino’s Pizzeria and Tavern.

Having snagged a spot on arguably the coolest street in the city, Denino’s stands proud next to hot spots like the Comedy Cellar, Insomnia Cookies and by CHLOE. My guest and I arrived around 7pm on a Saturday evening, just when the dinner crowd was picking up. The restaurant, which has a rustic vibe with low lighting, lots of old photos and a small sports bar-like set up near the bar, was buzzing with patrons.

We were greeted by our host and seated on the platform level of the restaurant, right next to the window — the perfect spot. The wine menu was deliciously broad with a slew of Italian wines. I found the Montepulciano D’Abruzzo ($11) and immediately went for it (there’s something to be said about a good Montepulciano…) while my guest chose the red sangria ($11). Our drinks came almost immediately after we ordered, and while my wine was smooth and rich, the sangria was light and sweet.

The dinner menu is everything you expect and want in an old school pizzeria — and more. Our eyes first went to the arancini ($12) because, well, duh, and Carlo’s meatballs ($19), which are made in a fresh tomato sauce with a dollop of ricotta. When the appetizers arrived, we didn’t waste a single second and dove right in. The arancini were ultra-cheesy and perfectly fried — true cheese pull goals, influencers! The meatballs were rich and filling and stood up nicely against the thick sauce.

Next, we looked at mains and couldn’t decide between a pasta dish and pizza (could you blame us?). Both were recommended to us by our host, so we went with the farfalle crema ($19), made with fresh mushrooms, peas, pancetta and light cream, and two pizzas: the 1951 original ($22) and the garbage pie ($32). The 1951 featured simple tomato sauce and mozzarella while the garbage pie piled on sausage, pepperoni, meatballs, mushrooms and onions. The farfalle was al dente, creamy and, honestly, the perfect umami experience. The pies, on the other hand, could be described in two words: old school. The 1951 was more than just a standard cheese slice — the crust was crispy on the bottom and pillowy on top while the cheese was practically molten. The garbage pie was loaded with delicious toppings but somehow stayed put on the sturdy crust.

So basically, Denino’s is where it’s at if you’re craving a good slice in the village. We’re thanking the pizza gods that the restaurant came to the city instead of just sticking around Staten Island. Sorry, islanders, but we claim Denino’s as one of our own now. 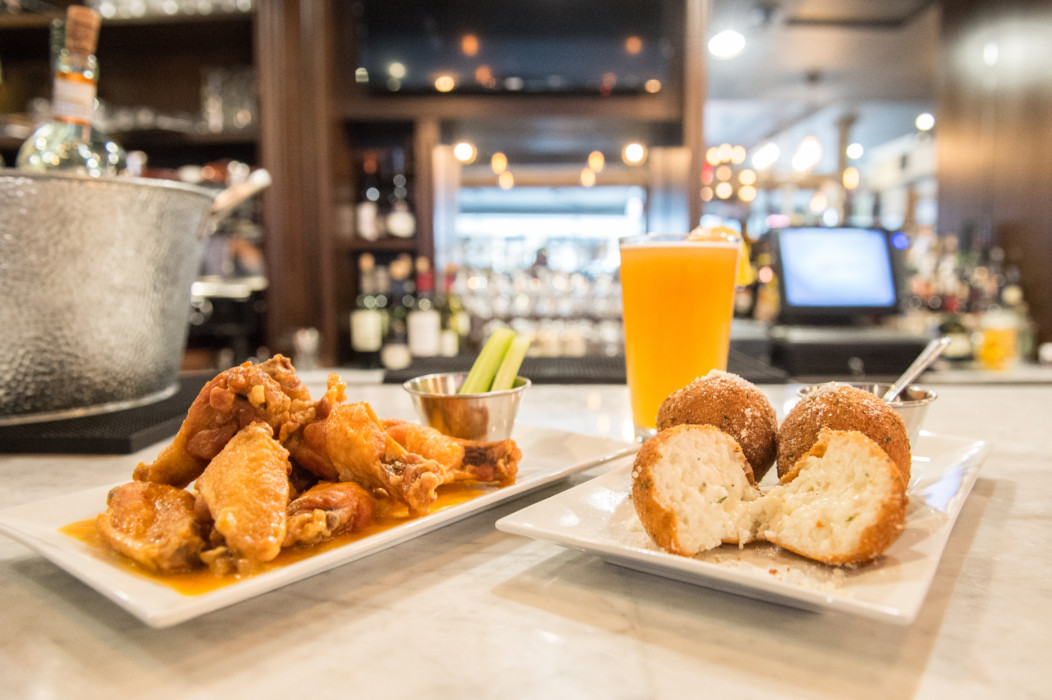 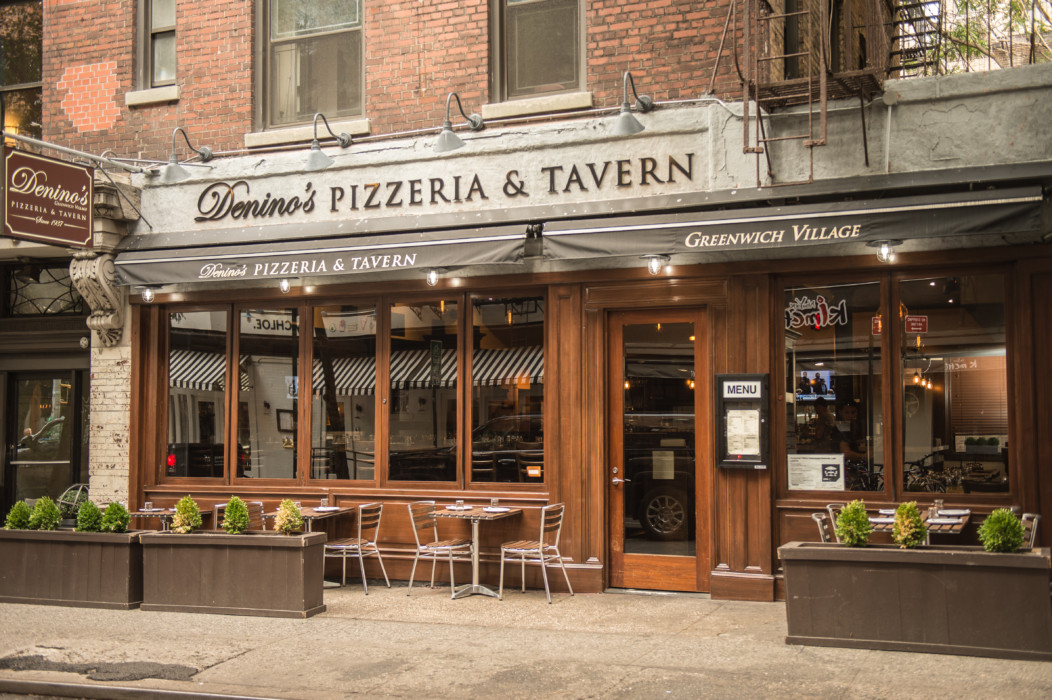