The Cottage in the Wood, Malvern - TravelNoise
Skip to content

TravelNoise: The Cottage in the Wood, Malvern

Having been forced to listen to the excruciatingly familiar chords of Hickory Dickory Dock and The Wheels on the Bus at least thirty-four times en route from York to the stunning Malvern Hills on the border of Worcestershire and Herefordshire, the welcome and relaxing chords of Classic FM were a huge relief to our poor eardrums as William finally dropped off.

Ironically, from when he was born up until four or five months ago, Classic FM was our go-to station, and the only one that would send William to sleep on our long family, car journeys, But now, armed with our nursery rhymes and kiddies song CDs, it’s Bach-to-basics for us.

However, as he fell asleep with a smile on his face, he must have sensed we were entering Edward Elgar country, one of the greatest English composers (if not the greatest) of all time.

Welcome to Malvern, and more specifically, The Cottage in the Wood, an unusually-named, beautiful boutique hotel situated high in the Malvern Hills, offering incredible views of the Cotswolds and the Vale of Evesham.

Unlike a great number of hotels in the area that are sat at the foot of the hills, the hotel itself differs in that it is hidden away, high upon a ridge, surrounded by trees and is divided into three distinct buildings within the extensive grounds; the Main House, the Beech Cottage and the Coach House.

The Estate originally belonged to the Hornyold family that married into the Lygon family, both of which were two of the largest land-owners in the area. When the patriarch Thomas Hornyold passed away, it was his nephew who inherited the estate and subsequently split it into 500 lots. And it was lot number 107 that became the hotel as we know it today. So yes, much of the hotel has an ‘olde-world’ look to it (in a positive, nostalgic way) but also, there is a plan for longer-term refurbishment that is set to be completed by 2020.

The nostalgia is prevalent throughout the house, particularly through the nods to musical heritage and as mentioned, Elgar had numerous links to the house as he lived just below at Craig Lea from 1899 to 1904. It is said that his inspiration (especially for his acclaimed piece of work, The Dream of Gerontius) stemmed from his time spent playing in the Coach House loft area.

…hitting the right notes from the off

The heavens had opened as we drove up the winding road that led to the Main House on a late-summer Friday evening, but this just made the Victorian street lamps in the parking area look all the more atmospheric. Sticking with the inspiration theme, it is thought the iconic lamp post in C.S Lewis’ classic The Lion, the Witch & the Wardrobe was based on lamps like these in and around Malvern. There really is inspiration oozing from every pore.

And right from the get-go, we were made to feel incredibly welcome. From both the reception staff when we arrived and checked out, to the waiting staff in the restaurant. But, first things first, we unloaded the car around the corner as we were staying away from the Main House. Our room was on the first floor of the Coach House and was one of 30 individually designed rooms across the estate. It had everything we needed for a very pleasant experience including a large bathroom, big TV, separate seating area and the view the next morning, from the mouth of a seventeen-month-old said it all…’OH WOW!’

…onto the good stuff

Relaxing, eating and drinking is the order of the day when it comes to this hotel. Well, it was for us anyway. So, it should be noted that there are no spa or health facilities on site. But as we are FoodNoise, it’s that area that impressed us the most anyway.

Gloucester-born Head Chef Mark Redwood is at the helm of the two AA Rosette restaurant, 1919 and contemporary British fare created with local produce from regional suppliers adorns his menus.

An orchestra of flavour greeted us as we sat down at a table with panoramic views from floor-to-ceiling windows. Although if truth be told, we sat down to dinner later than envisaged, so it was at breakfast when we were able to fully appreciate the Malvern Hills, a designated area of outstanding natural beauty from the comfort of the restaurant.

We knew from the starters we ordered that we were in for quite an experience and although Lucy’s Crab Mille-feuille with poppy seeds, chilli and sweetcorn soup (£10) was sublime, the star of the show was my (and ultimately William’s) Venison Lasagne with trompettes, Parmesan, sage and hazelnuts. At £9 it was the highlight of the meal for me.

The presentation was top-notch, which sometimes means the size of the dishes can be disappointing for someone with a large appetite, however, Redwood got the portions just right on this occasion. Particularly as we didn’t have long to wait before the mains were presented.

For Lucy and William, the Cottage Fish Pie with cod, prawns, mussels, smoked haddock, salmon, Thermidor sauce and Spring greens (£19) was more than enough for mother and baby. (And probably even dad too). And with cries of ‘meat, meat, meat’ coming from the high chair, the 10oz Hereford rib-eye with triple-cooked chips and chimichurri sauce (£29) was devoured in double-quick time. Washed down with the Friday Gold local ale and a cocktail or two, we were almost going to throw in the towel before dessert. But boy how glad we were we didn’t.

At the risk of sounding a tad boring, my love-affair with chocolate for dessert continued and the Chocolate & Caramel with dark chocolate ganache, white chocolate parfait, salt caramel diplomat and chocolate popcorn was only improved by the Hungarian Royal Tokaji dessert wine pairing afterwards. Lucy’s highlight (as ever) came by way of dessert and this time in the form of a dish labelled as simply…STRAWBERRY. The balsamic compressed strawberry, strawberry mousse, basil ice cream, and shortbread was, in her words, phenomenal and was on par with one of the best desserts she’s ever tasted at Hartwell House. High praise indeed.

The cacophony of taste continued the next morning at breakfast with the continental buffet that included the usual muesli and cereal selection, fresh juices and mini-croissants, ideal for the baby. A fair selection of cooked items was too on offer and as per, I went for the Full English consisting of bacon, sausage, black pudding, tomato, mushroom, baked beans and free-range eggs of choice. Although the Smoked Salmon and Scrambled Eggs or Avocado, Bacon and Poached eggs on Toast were not far behind.

Also, a special mention should go to the staff who throughout dinner and breakfast dealt with a boisterous and mobile baby very admirably.

…the best bar none

And then the bar and terrace. With a combination of old furniture and more contemporary photos of more modern musicians, well, think The Jam and Adam Ant. You could do a lot worse than spend an afternoon in the bar sipping the Pol Roger house Champagne or quaffing a local ale. Or if alcohol isn’t your thing, then spend an afternoon tea on the terrace listening to Chai-kovsky (sorry, couldn’t resist – best sticking to Elgar). Failing either of those, for the more adventurous among us, you could even order a picnic for collection and pop off to explore the region.

…and if you want to keep the music and culture theme going right to the last, why not coincide a stay at The Cottage in the Wood with the annual jazz, folk and blues festival in the nearby riverside town of Upton-upon-Severn in 2019. Since Elgar founded the Malvern Concert Club in 1903, it has outrun even The Archers and has stayed around for over 109 successive seasons in this musical region.

Something that has such a great heritage and history has so for a reason, which brings us full circle (and stalls) back to The Cottage in the Wood.

As mentioned earlier, C.S Lewis (and his friend J.R.R Tolkien) stayed in Malvern and were inspired by the gas lamps, which led Lewis penning the opening of the literary classic. Now, we would never condone plagiarism in any form, but we wanted to finish with a fitting quote, not from Lewis or Tolkien, but from the team at the hotel.

‘We have a passion for people and wee truly believe in our motto: Live & Let Live. We invite you to relax at The Cottage in the Wood. It is our pleasure to serve you.’

And serve us very well, they certainly did.

What you need to know 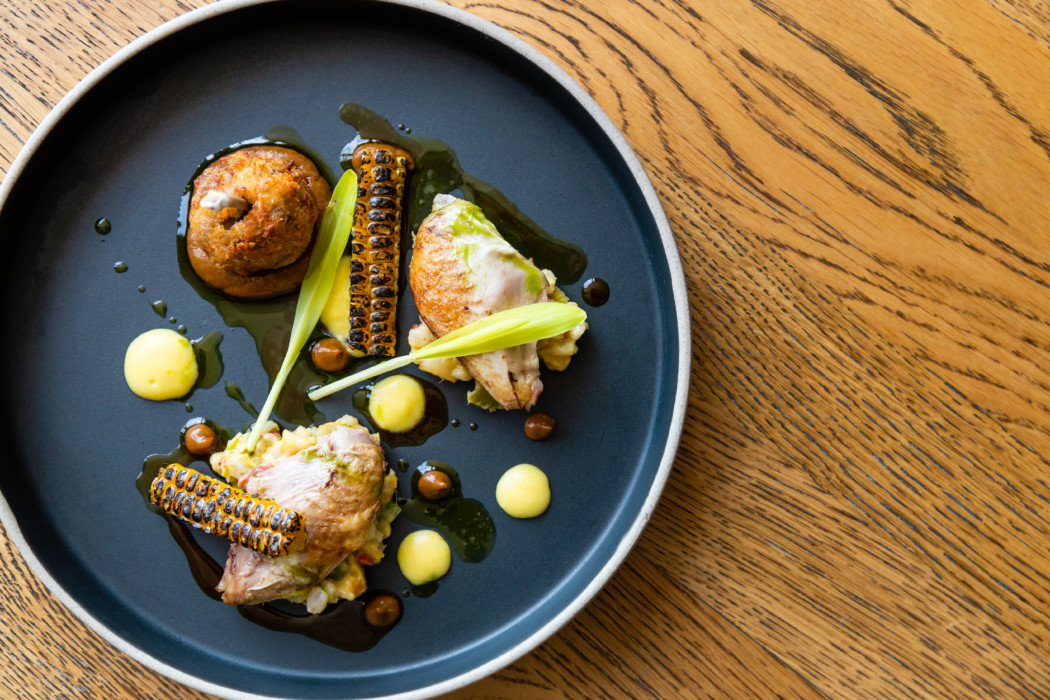