Before heading to The Blitz Party, a recurring 1940s-themed fete put on by Bourne & Hollingsworth, I listened to plenty of Billie Holiday and Frank Sinatra, bought a tea dress, donned red lipstick and curled my hair.

However, nothing could have prepared me for the evening, held at Shoreditch’s Village Underground, which truly was a journey to times past.

The venue, a set of old railway arches, couldn’t have been better suited for the occasion – transformed into a makeshift air raid shelter, the high ceilings, exposed brick and dim lighting packed with sandbags, hurricane lamps and blackout curtains perfectly set the wartime scene.

The guests were easily the best dressed I’ve ever witnessed at a themed event – with victory curls and uniformed soldiers aplenty (there was even a station where the ladies could have their hair perfected by the pros), the flawless crowd were a seamless match for the live swing band, worth attending for in and of themselves.

Playing songs of the era throughout the night, the band had the crowd (which, while the turnout was impressive, wasn’t too hectic) dancing (some may have taken the optional swing dance lesson before the party kicked off), often covered in confetti being shot out from the stage while listening to air raid sirens go off.

While some homemade snacks and baked goods were being served, this certainly wasn’t a foodie event (and I was glad I’d eaten beforehand). However, the drinks, presented in a Rations Book instead of a menu and served in jam jars and mugs, went down well. Turning out modern takes on classic cocktails (for a minimum of £8, mind you), the tipples mixed by well-dressed bartenders were well suited for the era – luckily, beer was also on hand for those looking to save their pennies after spending £25 on a ticket.

‘Round midnight the fatigue set in from all the dancing and we set home after what had been Some Enchanted Evening, well organised and beautifully designed. A quick Google search let me know that tickets are already on sale for The Blitz New Year’s Special, which, after such a great night, is truly tempting – but I’ll have to work on my outfit. 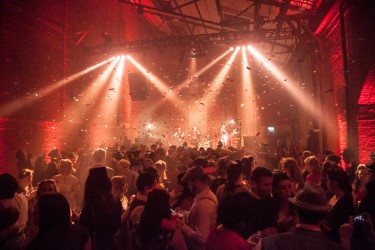 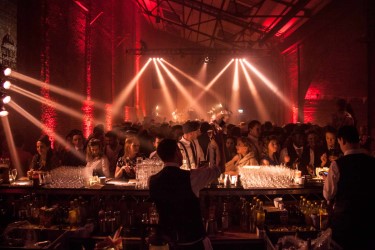